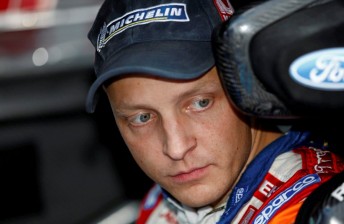 Mikko Hirvonen has switched to Citroen

The Citroen World Rally Team has confirmed that Finnish star Mikko Hirvonen will drive for the French squad alongside eight-time World Champion Sebastien Loeb from 2012 and that it has released Sebastien Ogier from the final two years of his contract.

Although it has not been officially announced by Ford, it is expected that the young Frenchman will be confirmed in the Blue Oval team alongside Jari-Matti Latvala.

31-year-old Hirvonen has been competing with Ford in the World Rally Championship since the 2003 season, scoring 14 wins and has finished runner-up to Loeb in the championship three times over the past four years.

“They’ve been our toughest rivals over the last four seasons and we’re really looking forward to our future collaboration. 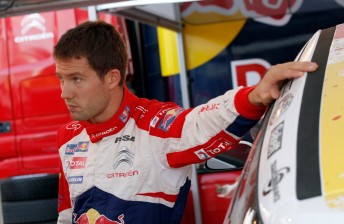 Sebastien Ogier is expected to be announced at Ford

“Mikko is a talented driver and his consistency will be a big help in our fight to retain the manufacturers’ title.”

The departure of Ogier comes after rivalry with Loeb within the Citroen team became strained.

“Citroen Racing trained them, first of all in the JWRC and then in the Citroen Junior Team and the Citroen Total World Rally Team.

“They had a very good season with five victories and third place in the Drivers’ World Championship, and they made a productive contribution to the conquest of the manufacturers’ title alongside Sebastien Loeb and Daniel Elena who have claimed their eighth consecutive world crown, a unique achievement in motorsport.”