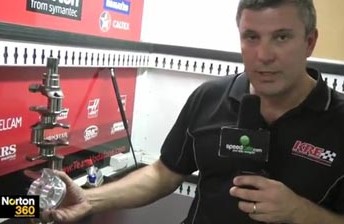 The 13th episode in the Norton 360 Engineered for Speed Technical Section looks at the internals of a V8 Supercars engine.

In the below video, KRE engine builder Ken McNamara gives you a tour of the internal components that make up a powerplant of a Holden V8 engine.