Fabian Coulthard confirmed at BJR for 2012

Fabian Coulthard confirmed at BJR for 2012 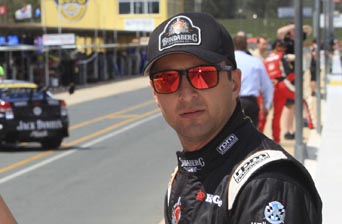 Fabian Coulthard has been confirmed at Brad Jones Racing for 2012.

Coulthard becomes the second driver confirmed in the team’s three-car squad, although there has been no decision made yet if Coulthard will drive the #14 or #21 BJR entry.

The former Australian Carrera Cup champion has been edged out of a place at Walkinshaw Racing after the recent appointment of Russell Ingall in the team’s third seat.

Coulthard said that he is pleased to secure a future in the sport.

“I’m very happy with the decision. What’s happened over the last few months [at Walkinshaw Performance] has been purely a commercial process and it’s nice to be able to move on; I’m happy to still be racing,” he said.

“The deal’s only been signed a couple of days. It’s been a whirlwind process but now I can start thinking about the future. I’ve got a lot of unfinished business. I want to win races and, teaming up with Brighty, I think we’ll make a pretty strong combination and bounce ideas off each other.

“It’s going to be good at BJR; my relationship with those guys goes back many years to when I bought my Formula Ford from the Jones family and I’m really looking forward to getting up to Albury and meeting all the mechanics and engineers.”

Coulthard was born in Britain but brought up in New Zealand. He is a versatile driver having successfully competed in karting, Formula Ford, Formula Renault and Carrera Cup before moving to V8 Supercars.

CLICK HERE for Speedcafe.com’s comprehensive take on the 2012 V8 silly season that is currently unfolding.