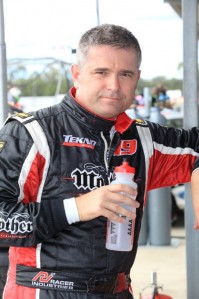 Over the yeas Brazil has punched well above its weight when it comes to champion racing drivers. Emerson Fittapaldi, Nelson Piquet, Ayrton Senna, Rubens Barichello, Helio Castroneves and Max Wilson have become house hold names all around the globe and you can add to that list Gil de Ferran.

De Ferran was one of the great racers of his generation, he was a two-time CART (Champ Car) World Champion and won the Indianapolis 500, one of the world’s greatest races.

In addition, de Ferran was a runner-up in the competitive American Le Mans Series; in 2000, at Fontana, he set the track record for the fastest lap (388.53km/h) and was the sporting director at Formula One team BAR-Honda.

Last month de Ferran returned to the event that secured him his second Champ Car title (in 2001) when he raced alongside Jonathan Webb in the Mother Ford Falcon at the ArmorAll Gold Coast 600. It was his first drive in two years, but he came out because he enjoyed racing on the Gold Coast.

De Ferran has had a love of cars for just about all of his 43 years. His father was an engineer at Ford and his uncle did some amateur racing but it was the simple attraction to the automobile that grabbed his attention.

“I think my first interest was in the cars, I always loved the cars,” Gil de Ferran explained to Speedcafe.com.

“The cars to me, they were fascinating you know, as I got older I became to appreciate them as works of art.

“I just remember going to the track, thinking ‘oh man this thing looks so cool’, this was my initial attraction.”

“There was a high school in Brazil which was very hard to get into, my mother said if you pass this entry exam and you get selected we’ll buy a new go-kart and we’ll go racing,” said de Ferran.

“I passed the exam and we went racing.

“At first it started as a hobby really, but I started doing pretty well straight away.

“My first year was racing with Rubens (Barrichello) which was amazing.

“I won a couple of karting championships, I moved on to Formula Ford in Brazil which I won and then it was decision time.”

De Ferran original wrestled with the idea of becoming a professional driver.

“I was going to university at the time, I wanted to become an engineer,” said de Ferran.

“Everyone in my family had a proper job. My uncle and grandfather were doctors, my other uncle was an economist, they were all contributing to society in the proper way.

“It was a tough decision, but I thought hey, I’ll give this a go properly.”

His success in Brazil helped him raise enough money to get to Europe. He raced in British Formula 3, winning the title in 1992 and progressed through the ranks.

“I thought I’d give it a couple of years to see how it goes. The first year was terrible, the second year we did pretty well.

“I then got selected by Jackie Stewart, and everything took off.” 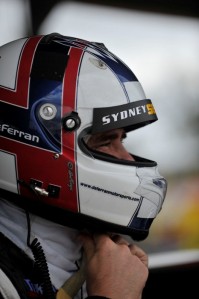 De Ferran raced strongly in the International Formula 3000 series earning him a test at Footwork Arrows Formula One team. Missing out on a full-time drive he was subsequently offered a test ahead of the 1995 US Champ Car series. He impressed immediately, was given a drive at Hall/VDS Racing and by the end of his rookie season he had claimed his first race win.

Six years after his first race, he was standing at the top of American open-wheeler racing having won the 2000 CART title. He then backed this up with a second consecutive title.

“Those titles are both very special to me and certainly clinching the second one on the Gold Coast meant a lot.

“I remember that we had a lot of brake problems and had to be very conservative. I nursed it home in fourth, which was enough to secure the title.

“I wanted to go there one more time. I love Australia and I love Surfers (Paradise), it was nice to come back to drive a V8 Supercar.”

If winning two CART championships wasn’t impressive enough, in 2003 he did what every serious racer in the world wants to achieve – he won the Indy 500.

“It is a favourite career moment for sure,” said de Ferran.

“Not many people can claim that title and I am very proud to be one of them.

“It was certainly one of my proudest achievements.

“If you haven’t been to the 500 before, and you love motor sport, it is something I strongly recommend.

“It’s an amazing event in every respect, you are going down that front straight with 500,000 people looking at you, it’s just remarkable.”

The history of his Indy win is not lost on de Ferran.

“I guess from a historical standpoint it has a great deal of meaning,” said de Ferran.

“To be an Indy 500 champion, the race has been going on for 100 years, I feel fortunate to be able to read my name besides some very, shall we say, elite company, which sometimes, frankly, is hard for me to grasp.

“I still look at myself in the mirror and see a normal guy.

“I guess because of the historical significance of the 500, it does have a very good place in my heart.”

At the end of 2001 his team boss, Roger Penske, decided to switch from CART over to IRL. De Ferran came third in his debut series and backed that up with second in the 2003 championship. Having won that year’s Indy 500, he decided to retire from racing.

De Ferran’s next challenge was in Formula One. His long career with Honda saw him accept a management position in the running of BAR-Honda.

“I had a long standing relationship with Honda,” said de Ferran.

“I was Honda’s main development driver; we did a gazillion miles of testing.

“We had a lot of respect for one another and when I retired from driving IndyCars they approached me and asked if I’d be interested in helping their F1 operation.

“I thought it was a great challenge, I knew it would be a steep learning curve, but a unique opportunity.”

Filling the position of Sporting Director, de Ferran ran BAR-Honda for a relatively short two and a half years. He ran the race team, working with the drivers and the engineering team, before deciding that he’d had enough.

In 2008 de Ferran returned to the cockpit, this time in the American Le Mans Series. He did several races that year before making a serious assault on the 2009 championship, a series he came second in.

“It was great, I really enjoyed it,” said de Ferran.

“I nearly put it on pole in my first race and we were very competitive.

“It was unfortunate that the global financial situation happened, it ended up closing the program down.

“We had the designs to go to Le Mans. The car in ‘09 was unbelievable; the Acura ARX2a was probably one of the most sophisticated sports cars ever made.

“It was beautiful, it was a shame it didn’t continue, it could have been really good.”

After such a long and successful career, De Ferran has many happy memories. Hi first race win as a junior, his debut win in Europe, the two CART championships and of course, the Indy 500. But the highlight of his career came at Rockingham in 2001.

“One particular win that I recall was in 2001 in Rockingham in England,” said de Ferran.

“It was right after September 11. We were in Germany when September 11 happened. You saw these horrendous attacks, I was separated from my family, it was horrible.

“At Rockingham I started on the front, I managed to lead the whole race and Kenny Brack passed me in traffic with two laps to go. I passed him back on the last corner to win the race.

“That was very cool, I really enjoyed that.

“You know, like I said, the first wins, I remember them like it was yesterday and my first Formula Ford win in the UK arguably set me off on my career.” 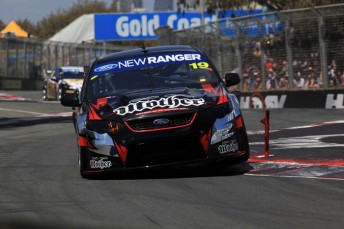 De Ferran has been retired from racing for a few years now, but was lured to Australia to race in the recent Gold Coast 600.

“I’m retired, that was my weekend off,” said de Ferran.

“I was asked to race and I thought why not?

“Of course as soon as I said that, I started panicking.

“I’m not in great shape, not in racing shape, I haven’t driven anything for two years and I’ve never driven a touring car in my life.

“It was a lot of fun and great to work with Jonathan (Web) who I think is very skilled and has a good future ahead of him.”

With no more racing in the foreseeable future, de Ferran focuses on his varied business interests.

“I get the opportunity to work on projects,” said de Ferran.

“I have no more driving this year and I’m not looking for a job as a racing driver.

“I do some consultancy within the racing industry and do some personal appearances.

“I have all the business interests that keep my mind occupied.

“I don’t want it to be any busier at the moment, it hasn’t been the busiest year but I’m pretty happy.”