Aussies to revel in Wales gravel

Aussies to revel in Wales gravel 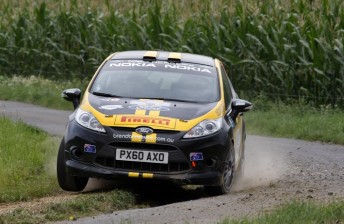 Australia’s two representatives in the World Rally Championship Academy, Brendan Reeves and Molly Taylor will have their final chance to impress at this weekend’s Wales Rally GB.

Reeves heads to the sixth event in fifth place in the standings of the junior driver development series that has been run this year as a sub-category to the World Rally Championship. All drivers compete in identical Ford Fiesta R2s prepared by Ford’s WRC specialists, M-Sport, with tyres provided by Pirelli.

The Victorian was recently announced as a finalist with 27 other young motor sport hopefuls in the FIA’s Young Driver Excellence Academy next year.

After the previous events in Germany and France were on tarmac, Reeves is looking forward to getting back into gravel rallying in Wales. “It’s great to be getting back on the gravel as it’s been our strongest point throughout the season,” said Reeves.

“The roads here are very fast and forever changing after every car passes on them and the weather will play a big part.

“We have just the podium so far, so we are hoping to finish the season on a high with a top-three finish.”

Taylor has been based in the UK for the past three years and is well acclimatised to the weather and the type of roads that will be used. Her most recent event was Rally of Scotland (October 7-9), the penultimate round of the hotly contested 11-event Intercontinental Rally Challenge series.

“I’ve never been to Wales when it hasn’t been raining, so I think it’s fair to say there’s a 99% chance it will be wet,” said Taylor.

“Scotland was perfect preparation. We want to be back on the pace we had there. We have nothing to lose at this end of the year, so our plan is simply to drive as fast as we can and post some respectable times.”

Britain’s World Rally Championship round has been a qualifying round of the series every year since the WRC was established in 1973 and has been based in Wales since 2000.

Check out the video from the recce