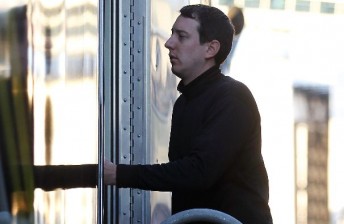 CLICK HERE for Speedcafe.com’s earlier story on the incident, including video

In addition to being parked for the weekend’s Nationwide and Sprint Cup Series races, Busch has been fined $50,000 by NASCAR, and placed on probation until the end of the current calendar year.

Busch has issued a lengthy apology letter since the incident, which read in part:

“I understand why I was taken out of the car for the rest of the weekend. NASCAR officials had to act, and I accept their punishment and take full responsibility for my actions.

“As a racecar driver, the hardest thing to do is to sit on the sidelines listening to cars on the track when you know you should be out there competing. For this, I have no one to blame but myself.

“Through a lot of support from the people around me, I feel like I’ve made a lot of strides this year, but this was certainly a step backward. Moving forward, I will do everything I possibly can to represent everyone involved in a positive manner.

“However, I know my long-term actions will have more of a bearing than anything I say right now.”