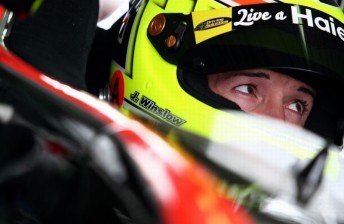 Following an accident in the preceding Australian Superkart Championship race, the first lap of the Formula 3 event was completed under Safety Car.

The full-course yellow reappeared on Lap 4, with R-Tek’s Steel Guiliana spinning into the infield through Turn 1.

Winslow was forced to fend off a determined charge from Magro on the restart, with the Team BRM entry taking the lead around the outside of Turn 1, before Winslow mirrored the move to wrestle back the top spot at the following corner.

Winslow controlled the remainder of the race, winning by 1.2s after cementing the extra point for the fastest lap on the final tour.

Gilmour minimised the damage by moving past Sofi for third on the penultimate lap. The gap between the pair now stands at 10 points.

Race 3 of the Formula 3 Australian Drivers’ Championship will take place later this afternoon, with the season’s final round set for Symmons Plains next weekend.