Quinn the man to catch in High Country

Quinn the man to catch in High Country 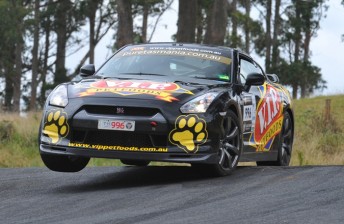 Fresh from his victory in Targa New Zealand last weekend, motor racing veteran Tony Quinn will start as the favourite for Targa High Country, which gets underway in Mansfield (Victoria) this afternoon.

As round one of the CAMS Australian Targa Championship, there will be millions of dollars worth of supercars on display in the event’s DBA Modern competition.

Featuring cars built from 2003 to 2011, a host of the world’s fastest machines, including Lamborghinis, Porsches, Nissans and Audis will be in action.

As the first round of the championship, the top contenders know a strong start in the series is vital if they are to be in contention at the final round, Targa Tasmania, in April 2012.

Quinn, who also won Targa Tasmania this year, will face his biggest threat for victory this weekend from the brand new 2011 Lamborghini Gallardo Super Trofeo Stadale of Tasmania’s Jason White.

With 2010 Targa High Country winner, Kevin Weeks, missing from the entry list, Quinn and White are expected to go head-to-head in their four-wheel drive rockets.

However, with fine and sunny conditions forecast over the two days of competition, the four-wheel drive Lamborghini and Nissan won’t have it all their own way.

Richards couldn’t quite match the pace of the Lamborghinis at last year’s event, but will be better off for the experience on the north-east Victorian roads this time around. The eight-time Targa Tasmania winner has a new car for this event, which might give him the extra speed he needs to win.