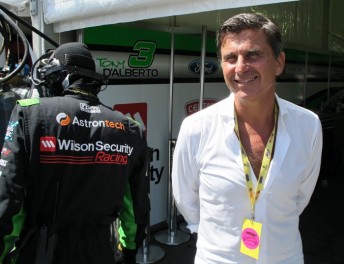 Enrico Zanarini arguably has more experience as a Formula One driver manager than any other. He built a very successful career managing ex-Formula One stars Eddie Irvine and Giancarlo Fisichella and currently manages Hispania Racing Team driver Vitantonio Liuzzi.

In addition to this he helps teams find sponsorship. His business, Moviesport Management, is accredited by Scuderia Ferrari to add to its annual working budget, and has offices all over the world searching for sponsorship opportunities.

Zanarini’s motor sport career is approaching 40 years. While he is one of the most well known people in the Formula One Paddock he actually started his career with Alfa Romeo in Australia.

“I was working for Alfa Romeo, I was responsible for all the marketing activities including the motor sport activities,” Enrico Zanarini explained to Speedcafe.com.

“I started my managing career with the car that won Bathurst in 1975; I’m talking about the class win, with Marie-Claude Beaumont and John Leffler.

“I had many drivers driving for Alfa Romeo, including John Fitzpatrick, Tim Schenken of course, and also Dereck Bell, who won two more class races for us at Bathurst in the following years.

“I was also responsible for the Alfa Romeo trophy and the Rally and Touring Car program with Colin Bond.

“This is how I really started, it started in Australia.”

Zanarini always had an interest in motor sport. While he is best known outside of the cockpit, he also had some experience inside the car.

“I was a navigator in rallying, in Australia,” said Zanarini.

“I did the Southern Cross Rally in an Alfa Romeo Alfasud three times and did many rounds of the national championship in New South Wales.

“I never took on the job behind the wheel; I believe that is the job of a serious driver, not for me.”

After spending 12 years in Australia, managing the likes of Alan Jones, Colin Bond and Tim Schenken, Zanarini went back to Europe as a dedicated driver manager. He worked with many drivers before focusing on Formula One.

“I met Eddie Irvine in 1993 and I started to be his Commercial Manager,” said Zanarini. 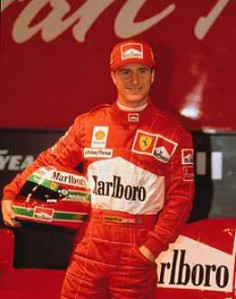 “In 1996 I became his full time manager. We spent nine years together; we went through Jordan, Ferrari and Jaguar.

“When he retired I went to Giancarlo Fisichella for nine years, he is still with me today, he is racing in GT.

“As soon as Giancarlo decided to quit Formula One I started with Liuzzi.

“I’m not sure in the books of Formula One that anyone has done what I have done, but I am a veteran of the sport.”

Zanarini enjoyed every moment managing Irvine, particularly when the Irishman was at Ferrari – which Zanarini orchestrated.

“I respect him very much, he is very intelligent and a good businessman.

“He was a lot of fun but very professional. We did a lot of projects together, it was nine years of great fun but I also learned a lot.

“We came so close to winning the championship. It came down to the last round at Suzuka in 1999. Up to that point the championship came to us, then at Suzuka it went away from us and there was nothing we could do but come second.”

Like with Irvine, Zanarini secured a Ferrari drive for Fisichella. The Italian had driven for Sauber and Renault, the latter of which he helped secure two Formula One constructors’ titles.

Looking back at his career, Zanarini’s career highlights come from his time managing Irvine and Fisichella.

“The first Grand Prix win with Eddie in 1999 in Melbourne was amazing,” said Zanarini.

“Equal to this was Giancarlo’s Grand Prix win in 2005, also in Melbourne. Australia is very generous with me, for sure.

“From the management point of view, the contract that we signed with Eddie with Jaguar for nearly 27 million dollars for three years was the highlight of my career.” 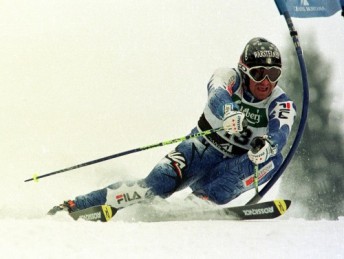 Zanarini managed Alberto Tomba, one of the greatest skiers of all time

“Out of motor sport I managed Alberto Tomba after his career,” said Zanarini.

“We worked for a couple of years together; I would have done anything to manage a guy like that while he was competing because he was one of my heroes.

“I also managed Max Biaggi, who is also another professional sportsman that I respected very much.”

Zanarini enjoys the motor sport industry, despite the pressures that come with it.

“I really enjoy what I am doing,” said Zanarini.

“Driver management isn’t my full time job. I am very commercial minded. I have a worldwide agency with offices in five countries which looks after sponsorship, we are an accredited agency of Ferrari.

“This is probably the hardest aspect of my job, finding money today is very difficult, especially in Europe.

“I always try to complement my job as a manager of a driver with some commercial assistance for him – so that they can make more money than they would make just as a driver for a team.”

The other challenge that Zanarini has is the job of marketing a driver, which is quite different to marketing something that you can purchase off the supermarket shelf.

“You are selling a product which is a human being,” said Zanarini.

“Of course when you sell a box of chocolates it doesn’t tell you anything, you get nothing in return.

“A human being gives you reaction, moods and different attitudes, which conditions the way you work.

“Relationships are everything, and I have always held very good, strong relationships with the drivers that I have represented.

“I am also respected. People respect my position which makes the job a little easier.”

Having lived in Australia at the start of his career and as someone who regularly travels here for the annual Australian Grand Prix – and other business – Zanarini understands why the Formula One paddock enjoys racing in Melbourne.

“I’ve been to more than 300 GPs now and every time we come to Australia we enjoy it,” said Zanarini.

“You may say I’m biased because I was here for so long, but I can tell you from what I hear from other guys that have been around as long as I have, that they love coming to Australia.

“The people welcome us and they make us feel very good. I think Australians feel like they are part of the (Grand Prix) show, it is now part of the Australian heritage so they get involved. We love that.

“For us it’s just a short stop, five or six days, but if someone makes you feel very welcome, you love coming back. It’s unbelievable!”

The season’s first Grand Prix fell into Australia’s lap this year, when unrest in Bahrain cancelled the April race, but Melbourne will open the season proper in 2012, something that the race organiser and the teams enjoy.

“It’s exciting straight away, it’s exciting to be in Australia and everyone likes it,” said Zanarini.

“With Australia being first, it’s a long haul race, teams have tested but some cars might not be ready, some break down, there are opportunities to do well.

“The first race always has plenty of action.”

Running his own company (Moviesport Management has offices in England, Moscow, Abu Dhabi, Hong Kong and India) keeps Zanarini extremely busy. He is constantly sourcing sponsorship and his management of Liuzzi will absorb his time through to Christmas.

“We have a difficult job in a team where the car is not very competitive. In a last or second last row car, it is very difficult to show your potential.

“We have to look forward to next year, we believe we have a very good opportunity, the team seems to be getting things together so we will be more competitive, which is all a driver wants.”