Lorenzo ruled out of Valencia MotoGP

Lorenzo ruled out of Valencia MotoGP 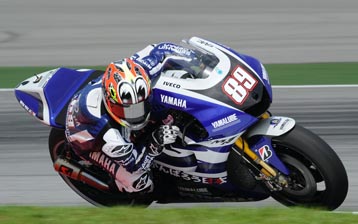 Jorge Lorenzo will not compete in MotoGP’s season finale at Valencia circuit this weekend.

Lorenzo fell off his bike in the final practice at Phillip Island, losing the top of a finger.

His finger was sown back on, but as he continues to recover following plastic surgery to repair the damage, the Spaniard will miss the final race of the year.

The 36-year-old has been drafted in by the Monster Yamaha Tech 3 squad because Edwards is unable to participate in Valencia while he recovers from injuries sustained during the Malaysian Grand Prix at Sepang on October 23.

Edwards was due to make his final appearance for the Monster Yamaha Tech 3 squad at Valencia, but the shoulder injury sustained during the fatal incident involving Marco Simoncelli has ruled him out.