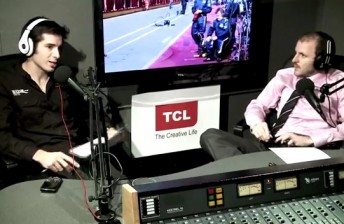 The 29th episode of V8 Nation has been on air – now, here’s your chance to watch the behind-the-scenes video.

In this week episode, Paul Dumbrell and Rick Kelly speak about the highs and lows of world motorsport – the devastating past two weeks in the wake of the deaths of Dan Wheldon and Marco Simocelli, and on the flipside, the amazing Armor All Gold Coast 600.

Dumbrell also speaks about his controversial incident with Shane van Gisbergen in Friday practice at the Surfers Paradise.