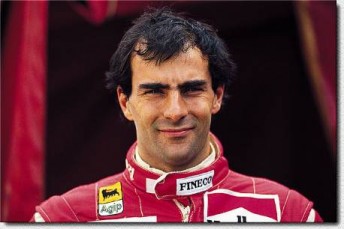 Italy’s Emanuele Pirro is one of the world’s greatest sports car drivers. No little than five Le Mans 24-Hour race victories and nine consecutive years on the Le Mans podium are testament to this.

In addition, he won the Petit Le Mans race three times, is a two times winner of the 12 hours of Sebring, he won both the Daytona and Nurburgring 24-Hour races and is a dual Italian Touring car champion. Pirro also spent over 10 years racing in the competitive American Le Mans Series, winning two titles.

Pirro inherited his passion of motor sport from his father, he had a motorbike from the age of six and at seven he was racing cars.

“I started with karting and my hopes were huge,” Emanuele Pirro told Speedcafe.com

“Fortunately my karting was okay. My dad was helping a little bit with the money, but I could get free stuff because I was doing pretty good. As soon as I turned 18 I started with cars.”

“My first year was in a Formula Fiat two-litre single seater, which was a little bit bigger than a Formula Ford,” said Pirro.

“My first race out of Italy, after the short single seater races, was the Daytona 24-Hours. It made a big impact, we won our class, we were really happy.”

After a couple of years in Formula 3, a season in Formula 2 – which he loved, describing the cars and the racing as “really cool” – he was given a Formula One test with Bernie Ecclestone’s Brabham team.

In took a few years, but Pirro was eventually given the chance to race in Formula One in 1989. He started 37 Grands Prix in three seasons, driving for Benetton and Scuderia Italia. While F1 is seen as the ultimate, Pirro has happier memories in other series.

“Yes I enjoyed it, but for me F1 was not the most important part of my career,” said Pirro.

“Formula One was enjoyable, but I never ran a competitive car. Unfortunately a lot of people consider Formula One as the most important motor racing show. 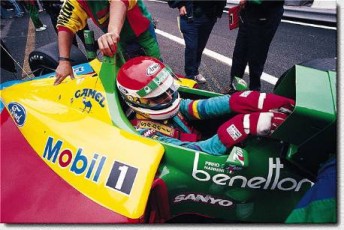 Pirro racing for Benetton at the 1989 Belgian Grand Prix

“Sometimes they say you are a Formula One driver so that is good. I’m not that proud of what I did in Formula One, it was nice being there but you know, I’ve done a lot more with more enjoyment.

“For sure there are a lot of guys that did better than me in terms of results in their career, but I don’t know how many can say they had such an enjoyable and long career like I had. Every year was a pleasure.”

One of Pirro’s lighter moments in F1 came at his very last race, at Adelaide’s season ending Australian Grand Prix in 1991 – which was red flagged on lap 16 due to torrential rain. He can laugh about the situation now, but at the time the result cost him $1million.

“That event has no happy memories for me,” said Pirro.

“I finished seventh, but I had a bet that if I scored one more (championship) point I would gain one million dollars.

“I was laughing with Tim Schenken about this last weekend, he was the race director and he knows the story.

“The lap the race was stopped I was fifth, two people had retired. I made it, I was in the points, but then the results were taken back one lap, so I was seventh, out of the points!”

Knowing that Formula One might not net him a long career, Pirro was smart enough to have a back up plan. He was racing in other categories during those F1 years.

“Even in F1 I continued to drive touring cars,” said Pirro.

“This was my plan B if my F1 career didn’t last too long. This was a very good decision, my Formula 1 career was having some troubles and the plan B was very, very attractive.

“I did three years in F1, four years as a test driver for McLaren Honda, which was a big lesson with (Alain) Prost and (Ayrton) Senna, then I started with Audi. This was a big lucky strike as they were coming back into touring car racing after some gap years and we got along very well.” Pirro is an Audi favourite, he won two Italian Touring Car championships for the manufacturer

Pirro was signed by Audi to run in the Italian Touring Car Championship, which led onto Le Mans.

“With them I really got a lot of satisfaction,” said Pirro.

“I won two championships then we went to do Le Mans, which was a very, very welcome programme.

“The touring cars is very exciting, but I needed something more exciting, in terms of speed. So when they told me they were doing a Le Mans programme I was really thrilled.

Understandably, Pirro is very proud of his Le Mans record.

During the years that Pirro was enjoying so much success at Le Mans, he was also racing in the US, in the American Le Mans Series (ALMS).

“I liked racing in America in the last 10 years of my career,” said Pirro.

“I had a lot of fun because you can really push very, very hard; races are really interesting, the circuits are interesting because they are a little old fashioned, more dangerous, more enjoyable, and the sports car goes very, very fast.

“We were doing the same lap times as the IndyCar that we were sharing the race with.

“It was a great experience. America is a nice place, I like the people and I really enjoyed racing there, it’s been a big treat.” 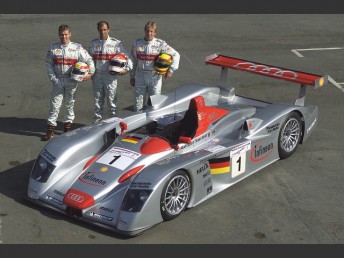 Pirro retired from full-time racing at the end of 2008, was involved in a few ALMS races in 2010, and still works for Audi.

“It ended as a driver at the end of ‘08, now I am their brand ambassador. I race every now and again and they let me race with other people.

“I am contracted by Audi Marketing and I do a lot of work for them.”

Pirro is fortunate that Audi lets him race with other manufacturers.

“Audi have the rights over my schedule, if it doesn’t clash with the Audi image then I can race for other teams,” said Pirro.

“I could not drive a Mercedes or a BMW but if a race doesn’t clash with the Audi commitments then I can do it.

“This limits the possibilities and sometimes it’s quite hard, but it opened the door to race a V8 Supercar, so I am very grateful.

“I am doing some historic races as well, which are extremely enjoyable, but they are different. You don’t have the thrill.”

As one of the invited internationals at last weekend’s ArmorAll Gold Coast 600, Pirro enjoyed the opportunity to race and loves V8 Supercars.

“I respect the (V8 Supercars) and it’s fantastic,” said Pirro.

“I enjoy driving at the absolute limit, so it’s been a lot of fun. This race ended a long drought and I am enjoying this a lot.

“This race I am doing here (with Stone Brothers Racing), it is one of the biggest treats.

“It’s my only race this year and I like racing so much. That’s why you always see me smiling and happy, because I’m doing, even now at the age of nearly 50, something that I love.”

With his racing for the year over, Pirro is looking forward to 2012. He wants to give something back to the sport and is not ready to hang up the helmet.

“Although I was a bit rusty in the Gold Coast race I think it was not so bad.

“I would like perhaps to contribute to make this sport a little bit better in whatever area as well.

“Racing to me is like when you eat. I like eating a lot, when you eat one dish which is very good, like my long career, you enjoy it.

“There is still a long way to go (with my racing). Yes I am near the end, but in this situation you try to suck every bit of juice out of your meal to savour the taste, which is what I am doing right now.

“To say no to driving is too hard. I like racing so much.”