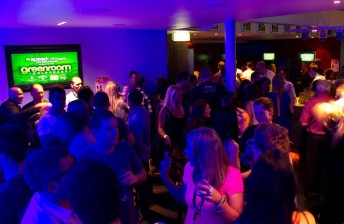 The Greenroom was the place to be on Sunday night

Speedcafe.com’s second Greenroom after party has been hailed a major success.

Following the on-track action at the Armor All Gold Coast 600, local and international V8 Supercars drivers, celebrities, sporting stars and members of the public converged on the Titanium Bar in Surfers Paradise to celebrate another great event.

The second after party follows the inaugural Greenroom party at Townsville.

Speedcafe.com is planning as many as six Greenroom after parties for 2012, inviting members of the public to party in style after the race weekend. Stay tuned for more details.