Will Power diagnosed with fracture

Will Power diagnosed with fracture 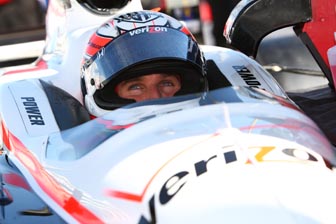 Australian IndyCar star Will Power has been diagnosed with a compression fracture to his back after the fatal crash at Las Vegas IndyCar last week.

Power’s Penske car was flung into the air during the accident that took the life of two-time Indy 500 winner Dan Wheldon.

Power underwent medical examinations with series orthopedic specialist Dr. Terry Trammell in Indianapolis on Monday where he determined that Power suffered a compression fracture of his fourth thoracic vertebra.

Power is expected to recover with rest and rehabilitation.

The first round of the 2012 IndyCar Series will be held at the Honda Grand Prix of St Petersburg on March 25.