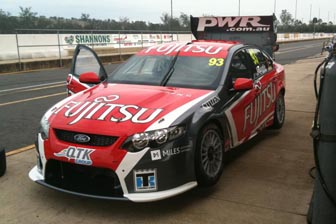 The 18-year-old Gold Coast resident will compete in the final two rounds of the Fujitsu V8 Series in the car, formally driven by Alex Davison in 2009 and 2010.

The car was last seen in action in the Armor All Gold Coast last year when a clash between Davison’s co-driver David Brabham and Cameron McConville forced Davison to switch to a new chassis.

After today’s test, McLaughlin will make the car’s race debut at Sandown International Raceway on November 18-20.