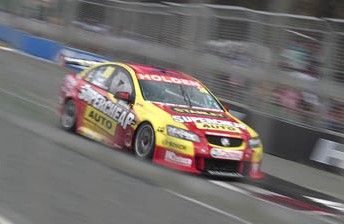 Paul Morris hopes his team will continue to field a two-car V8 Supercars outfit in 2012.

Morris, the team principal of Paul Morris Motorsport, is aiming to keep both of his entries on the grid next year, although an offer to sell one of his Racing Entitlement Contracts would be the only change.

The entity who has been negotiating with Morris to take over its REC is Tekno Autosports, the team currently running a single-car team for Jonathon Webb.

Tekno has long held a desire to expand to a multi-car team, but has said in the past that it will only do it if it makes commercial sense.

At the conclusion of this year, Morris’ team will lose its backing from Supercheap Auto, as well as driver Russell Ingall. Both parties are linked to a move to Walkinshaw Racing’s third entry.

Morris says that while he is considering an offer to sell one of his RECs, the preference will be to secure the funding to run two cars. 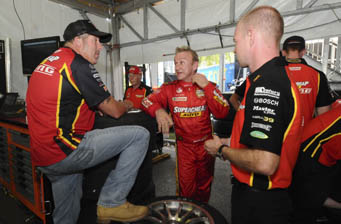 “At this stage, running two cars is the goal,” Morris told Speedcafe.com.

“That’s the ultimate thing for us to do.

“We’re doing everything we can do to make that happen. There’s interest from sponsors and there’s some good things in the pipeline, but we haven’t got a deal done.”

If Morris doesn’t field two cars, it is likely that he retain one car.

“I’m in negotiations with someone about potentially buying a licence. That could happen as well,” Morris said.

“If the money is right, I’ll do anything, but the number one thing is to do what we’re doing now. There has to come to a point when we sit down and make a decision.

“It won’t be my decision alone. It affects a lot of people. It will be a management decision on what we do and how we go about it.

“I’d like to have a decision made by the end of the month.”

After sorting the number of cars the team enters, who drives the cars will be Morris’ next task.

He says that he would like to re-sign current driver Steve Owen.

“We’re just starting to see the best out of Steve and his relationship with the engineer and the crew,” Morris says.

“It takes a long time to build that up. To unwind any of that would be a major disappointment.

“As far as drivers for the other car, Jack (Perkins) has put a lot of work into the team and hung in there when it has been tough. And best of all, he’s shown he can do the job in the car.”