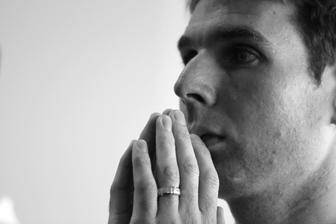 Australian IndyCar driver Will Power has spoken for the first time about surviving the 15-car wreck that took the life of Dan Wheldon at Las Vegas last Monday.

Power, who was contending for the IndyCar title when he was involved in the race-ending accident, says that urged IndyCar officials to reconsider racing at fast oval circuits like Las Vegas due to safety concerns.

“Racing on this sort of track is too fast and too close,” Power told Triple M in Sydney.

“When you are averaging 370 km/h and you are inches apart … It was a recipe for disaster in my mind.

“I had voiced my opinion over the last few years that when we run on these mile-and-a-half super speedways with high banking, it creates this pack racing. It takes one little mistake from someone and the result is never good.

“It is always a hard hit into a wall, it’s always a big crash. The formula can be fixed (but) I am sure they will take a pretty close look after what happened.”

Power was meant to have competed in the V8 Supercars race on the Gold Coast this weekend, but due to his involvement in the crash and a minor back complaint after the incident, he elected to remain in the United States.

He says that he feels lucky to have walked away from the crash that saw Wheldon succumb to head injuries.

“I have been running on these ovals for a couple of years now and your worst nightmare is to end up airborne and heading toward the catch fence,” he said.

“The catch fence just destroys the car. A lot of guys have had their legs destroyed. There’s been some pretty big injuries. So I thought, ‘this is it, I am heading towards the catch fence’.

“But the way my car landed … I hit the road first then went into the wall then I saw a heap of flames and I can’t really remember what else. I was lucky. You just have to land the wrong way and it’s all bad.

“Unfortunately, Dan ended up on the catch fence and that’s what got him. It was a very sad day for IndyCar to lose a guy like Dan, a champion – it’s unbelievable.”