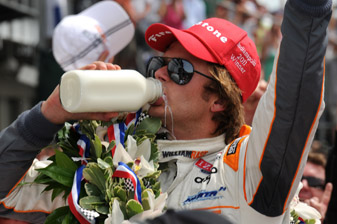 V8 Supercars will hold a special tribute for Dan Wheldon at this weekend’s Armor All Gold Coast 600.

V8 Supercars chairman Tony Cochrane has said that there will be a unique tribute to Wheldon’s life on the Saturday morning of race meeting.

“So, as we have tragically, unfortunately done in the past, we will hold a special memorial service to Dan on the track Saturday morning in recognition of his great service to motorsport and to acknowledge and give our teams and people involved in our family, the V8 Supercar family, the opportunity to say in their way their goodbyes.”

Other tributes include a plan to run a special decal tribute on each V8 Supercar, similar to the ‘Christchurch’ stickers after the devastating earthquakes in February.

There will also be individual tributes seen across the weekend.