Pat Long: I come here with a heavy heart

Pat Long: I come here with a heavy heart 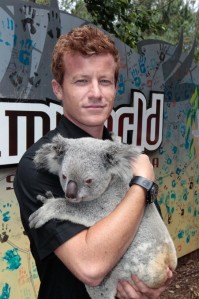 V8 Supercars international guests have expressed their grief after the passing of former rival and friend Dan Wheldon.

Speaking ahead of this weekend’s Armor All Gold Coast 600, Patrick Long, Mika Salo and Christian Klien all spoke on their sorrow for the loss of Wheldon, killed in a horrific IndyCar crash at Las Vegas yesterday.

Porsche factory driver Long competed against Wheldon in European racing said that he travelled to Australia this morning with a heavy heart.

“I travelled over last night with a heavy heart,” Long told Speedcafe.com.

“I first met Dan about 15 years ago and we’ve crossed paths all through the days.

“He made a home in the USA and was a tremendous guy. He always put his head down and always battled through adversity. He did the sport well.

“It’s something that hit us all yet.”

See below for Speedcafe.com’s video with V8 international drivers Long, Salo and Klien.