All-new Spectrum chassis to launch in 2012

All-new Spectrum chassis to launch in 2012 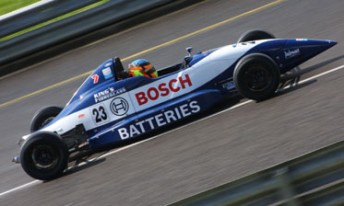 Borland Racing Developments has commenced construction of a new car for the 2012 season.

Dubbed the ‘Game Changer’ by the former champion constructor, the new Spectrum 014 will incorporate numerous changes into its design, including the use of chrome-moly tubing as the base material for the spaceframe chassis.

Flow-vis is an oil-based solution applied to the bodywork of the car and used to monitor the direction and efficiency of air flow as the paint streaks across the chassis surface at speed.

Many of the new car’s components have already been track tested and designer Michael Borland is confident the new machine will be a winner.

“While there is nothing particularly wrong with the current car, which is evidenced by the fact that it has scored race wins this season, we really want to raise the bar with the new 014,” Borland said.

“For sure there will be some carryover items from the current chassis, but the new one will be significantly different in a number of areas and the use of chrome-moly will allow us to take advantage of some new thinking.

A newly devised BRD-assisted preparation program will also provide state level competitors with a cheaper form of racing, while next month’s Island Formula driver program will see up to 12 youngsters driving a Duratec Formula Ford at the Phillip Island Grand Prix Circuit.