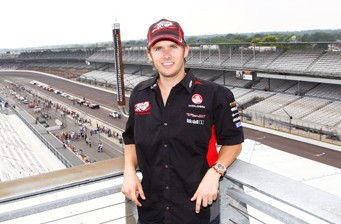 Toll Holden Racing Team principal Ryan Walkinshaw and driver James Courtney have offered their condolences in the wake of the death of Dan Wheldon.

The 33-year-old British driver was killed in a multi-car accident at Las Vegas this morning (Australian time).

Wheldon, a two-time Indy 500 winner, was due to compete with Courtney in the #1 Toll HRT Commodore VE at this weekend’s Armor All Gold Coast 600.

“I considered it a huge honour to spend time with Dan earlier this year at the Brickyard 400 at Indianapolis when we met to finalise our agreement for him to join our team for the Gold Coast,” Walkinshaw said.

“What grabbed my attention most was Dan’s character, he was an incredible person with a huge passion for life and love for his family.
“It is a very sad day for the Toll Holden Racing Team but, more importantly, it is one of true sadness for Dan’s family. To them we offer our sincerest condolences.”

“I first met Dan when I moved to Europe in karting in the mid-90s, we knew each other a long time and considered ourselves friends,” Courtney said.

“Today is difficult for those of us who have lost a mate but most of all, as a father of a young family, I am struggling with knowing Dan’s wife Susie is now without her partner and their children, Sebastian and Oliver, will grow up without their father. It’s Dan’s family, all of his family, who I truly feel sorry for.”