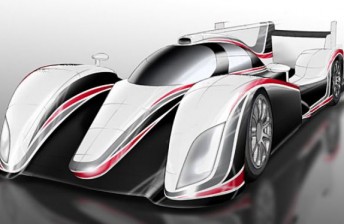 An official drawing of the new LMP1 challenger

Toyota will return to Le Mans next year with a factory LMP1 effort for the first time in over a decade, the Japanese car giant has confirmed.

The project will see the Cologne, Germany, based Toyota Motorsport GmbH (which previously looked after the company’s Formula One program), manage chassis development, while a petrol-electric engine program will be conducted in Japan.

Having supplied engines for Rebellion Racing’s Lolas this year,the new factory team will see Toyota represented at several of the new World Endurance Championship events, in addition to the Le Mans 24 Hour.

Toyota Motor Corporation Senior Managing Officer and TMG chairman, Tadashi Yamashina, says his company has been drawn back to Le Mans by its technological possibilities.

“Toyota Motor Corporation has entered Le Mans before but by using our hybrid technology this time will be a completely new challenge,” said Yamashina.

“We want to write a new page in the history of the Le Mans 24 Hours, as well as in the FIA World Endurance Championship, through our use of hybrid technology.

“In addition, we aim to learn from the experience of competing in such a challenging motorsport environment to enhance our production car technology.

“Le Mans is a legendary race and I would like to thank the ACO and the FIA for their constructive and positive cooperation over the last few months.”