Mark Skaife to announce his future on Monday

Mark Skaife to announce his future on Monday 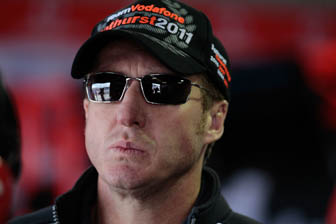 Mark Skaife will announce his future in V8 Supercars on Monday.

Skaife and V8 Supercars chairman Tony Cochrane will hold a press call in the pit lane of the Armor All Gold Coast 600 street track on Monday at 10am (Queensland time).

The six-time Bathurst winner has been considering his driving future with the recent appointment of him as Chair of the newly formed V8 Supercar Commission, a role which would mean he can not race a V8 Supercar during his tenure.

Skaife has been a co-driver of Craig Lowndes in the past two years winning at Phillip Island twice, Bathurst in 2010 and finishing runner-up to Garth Tander last weekend.