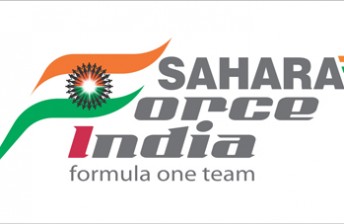 Sahara India Pariwar, a leading promoter and patron of sports in India, has announced an equity investment in the Force India Formula One Team.

The team will now be known as Sahara Force India.

Subsequent to subscribing to new shares, Sahara India Pariwar will be investing approximately USD $100 million into the Force India Formula One Team. With this investment, both the Sahara India Pariwar and Dr. Mallya will own 42.5 percent each in the team. The Mol family’s equity will be at 15 percent.

The news comes at an important time for Indian motor racing, with the country set to host its first F1 race at the Buddh International Circuit in two weeks time.

Sahara’s joint partnership with the Force India F1 Team will provide an opportunity for the team to invest in new technology to improve performance and achieve better results.

Team Principal and Managing Director of the Force India Formula One Team Dr. Vijay Mallya says that he is pleased with his team’s new structure.

“I am delighted to welcome Saharasri Subrata Roy Sahara as Chairman of Sahara Force India,”: he said.

“It has indeed been a matter of pride for me to put India on the F1 map with Force India and raise the performance of the team to its current levels.

“The Sahara Group has played a very important role in the development of sport in the country and is an ideal partner to take the Force India F1 Team to greater success in the Formula One World Championship.”