V8 race formats to be announced in December

V8 race formats to be announced in December 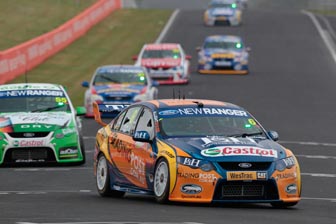 Race formats for the 2012 V8 Supercars Championship will be announced in the lead-up to the Sydney Telstra 500 in December.

With the all bar one event on the 2012 V8 calendar confirmed, race formats have now come into question.

CLICK HERE for Speedcafe.com’s news story on the 2012 calendar announcement.

Most of the events will likely be run under the two 200km format, while some permanent circuits could see more ‘experimental’ races, like the three race format held at Queensland Raceway this year.

Besides the endurance races at Sandown and Bathurst, Speedcafe.com understands that the majority of rounds will see both the hard and soft Dunlop tyres used, with 20 hards and eight softs per event.

Soft tyres will not be used at Phillip Island’s May event due to its high tyre wear and loadings.

V8 Supercars chairman Tony Cochrane says that the formats, as well as television schedules, will be announced in the lead up to the season finale in Sydney.

“Race formats and television information and all the rest that is tradition, we’ll announce the week coinciding with the Sydney Telstra 500,”

“As you are well aware, in TV land, we are doing a huge experimentation with HD broadcast at Bathurst and the Gold Coast.

“We want to make a complete assessment of that, and that cost impact of that, before we sign off on all those elements.

“We are giving ourselves to the first week of December to tick all those boxes and make sure we can deliver on what what we are promising the fans.”