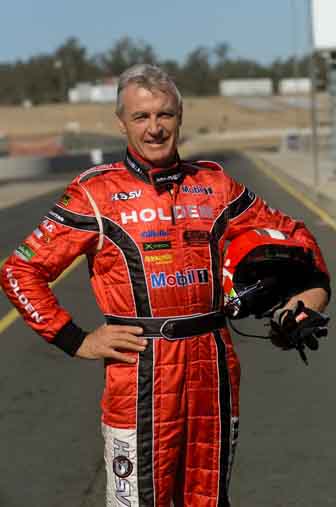 Peter Brock will be honoured with a new CAMS award in his name, recognise outstanding achievement and the positive endorsement of motor sport.

The Peter Brock Medal has been introduced by CAMS and will be presented in December this year. The medal will recognise performances and commitment to motor sport in line with those for which the nine-times Bathurst winner is well remembered.

Brock’s champion protege Craig Lowndes says that the award should encourage those in motorsport to strive to be the best.

“I think a medal in Peter Brock’s honour should recognise his positive contribution to the sport generally, and his help for young drivers trying to make their way in the sport,” said.

“It would be nice to think that the Peter Brock Medal continues to encourage the best in people in our sport for many, many years to come.

“He was always positive and looked to the future and that’s why he was an inspiration to everyone who met him, and a tremendous ambassador for the sport.”

Lowndes is a member of the award’s five-person Selection Committee.

The award will be presented to the driver judged to have demonstrated outstanding driver ability whilst displaying a fair and sportsmanlike attitude.

It will also take into account support, encouragement and motivation of and for the driver’s peers, as well as a willingness and capacity to promote the sport in the wider community.

The Peter Brock Medal is open to nominations from all categories of Australian motor sport, fitting given the variety of categories Brock raced in throughout his career.

A number of organisations with strong links to Peter Brock over many years have joined with CAMS to support the medal – these include Holden, Bridgestone, Armor All and the Collingwood Football Club.

Nominations for the Peter Brock Medal can be made online in the Nominations section of the Honours and Awards page at the CAMS website.