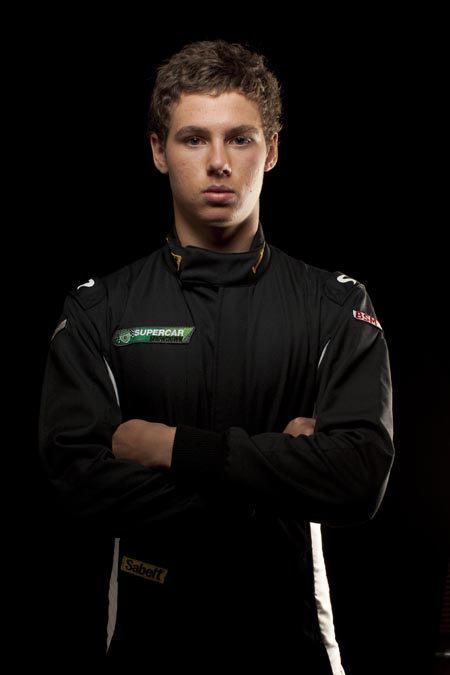 Cameron Waters has won the right to compete in the Supercheap Auto Bathurst 1000.

See below for an interview with Waters.

QUESTION: It’s a unique way to make your V8 Supercar debut. Talk about coming through this process with Shannons Supercar Showdown to get to Bathurst.

CAMERON WATERS: It was new for me and everyone in the team.

I’m stoked to have won it. It’s been pretty difficult to get here but I put in the hard yards and made it work so I’m pretty happy and excited to be going to Bathurst.

QUESTION: It’s been a busy week or so preparing for Bathurst. Does that make it sink in when you are at Kelly Racing doing things like seat fittings, pre-event briefings and all the preparations?

WATERS: Yeah it does. I’ve been at the workshop for a week getting to know all the guys and it’s starting to sink in.

Being at the workshop and helping to work on the car has made it sink in and feel very real.

QUESTION: You have had a few days in a V8 Supercar to get ready for Bathurst, including the time in the car for the final two episodes. Do you feel like you are getting to know a V8 Supercar?

WATERS: I’ve had two test days now and each time I’ve improved and learned a little bit more. I’m pretty comfortable in the car now but I guess I’m never going to be 100 percent ready for Bathurst because it’s such an awesome track and pretty hard to get around. I’ll just have to go up there, be smart and give it my all.

QUESTION: You are setting a record by being the youngest driver to race in the Bathurst 1000. What do you think of that stat?

WATERS: Yeah it’s a pretty cool achievement to be the youngest driver to ever race at Bathurst. It’s only by seven days so it’s pretty cool that I’ve got it. I just have to go there and try and finish and finish on the lead lap.”

QUESTION: Is just running a sensible race your goal?

WATERS: As long as we stay on the lead lap and don’t do anything too silly I think the results will be OK anyway.

QUESTION: You are still on your L plates … so you can’t even drive a road car around Mount Panorama when you get to Bathurst this week!

WATERS: I sit for my test the Wednesday after Bathurst to get my Ps. It will be an interesting conversation with the driving instructor about what I did on the weekend (laughs).”

QUESTION: Although it’s your first V8 Supercar event a lot of fans will already know a bit about you from watching Shannons Supercar Showdown. Do you expect that the fans and media will be interested in your progress at Bathurst given you got there from a reality TV show?

WATERS: I think there will be some fans keeping an eye on us and some other teams looking at us just seeing how we go.

I hope the fans enjoy seeing our car out there given they’ve been able to see how I got here from Shannons Supercar Showdown.

QUESTION: There have been other drivers debut at Bathurst as a teenager, Todd and Rick Kelly included. Indeed you have only beaten Paul Dumbrell’s record by seven days. What do you say when someone says ‘you are too young – you are not ready for this’?

WATERS: There are always going to be people that think I’m too young to race but it’s all happened before and just to get that first Bathurst under your belt is a pretty good thing for anyone.”

QUESTION: Has V8 Supercars always been your goal?

WATERS: In karting my first goal was just to get to Formula Ford. Now that has happened I did have thoughts of going overseas but it’s just hard with budgets and all that stuff. So just sticking to V8 Supercars is where I’m at.

QUESTION: The people in Mildura now have a third V8 Supercar driver to cheer for – not just Todd and Rick. You enjoy a lot of support back home in Mildura and the Sunraysia Daily newspaper has referred to you as ‘Our Cam’. Is it cool to be the third V8 Supercars driver at Bathurst from Mildura?

WATERS: It’s pretty cool for Mildura to have three drivers racing a V8 Supercar at Bathurt. Hopefully there are a few Mildura fans at Bathurst and they are behind me and all of the team.

QUESTION: Is it nice to make your Bathurst debut with Todd and Rick’s team?

WATERS: It’s great to be a part of Kelly Racing. They come from Mildura so to nice to have the three Mildura boys in one team is pretty awesome.

QUESTION: What do you think will go through your mind that first lap you drive around Bathurst in the #77 Shannons Mars Commodore?

WATERS: I’ve only ever been around the track in a road car. I’ve been watching a lot of in-car and race vision on YouTube and what the team has given me and also driven around it a lot on my simulator to learn it as much as I can.

The first time I go out there I will just take it easy and get my head around where all the corners go and find my braking markers and stuff like that. I’ll just have to wait and see how I go in that first practice.

There has been heaps of preparation go in. I’ve been on my rFactor simulator and looking at vision and data as much as I can but that doesn’t really do Bathurst justice.

It’s a pretty amazing track so we’ll just have to wait and see what happens when we get up there.