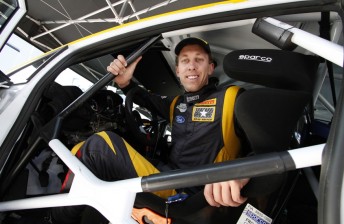 Australia’s Brendan Reeves sits in fifth place in the WRC Academy after the opening leg of Rallye de France.

Reeves, who is placed third in the WRC Academy standings, was pleased with his pace in the Ford Fiesta R2 on the all-tarmac event.

“We had a spin on the Stage 7 and had to go into a paddock and lost heaps of time, but overall we had a good day,” said Reeves.

“I learnt a lot today about the roads and hopefully tomorrow we can continue to improve with nine stages still to come.

“Today’s stages had a good mix of narrow vineyard roads to wider open roads. There was a lot of corner cutting, so lots of gravel on the road. This was difficult as in Australian tarmac rallies cutting is not allowed. But we are learning more and more with each stage.”

Australia’s other entry in the WRC Academy, Molly Taylor, sits 10th although she failed to complete the final stage. The Sydney-sider is expected to re-start tomorrow and holds a large lead over 11th place.