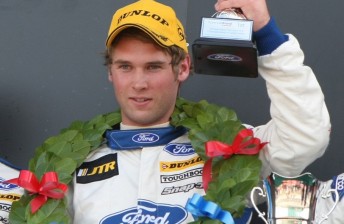 The 20-year-old, who has competed in British Formula Ford this season, will drive with the Welsh-based Atech Reid GP.

Uhrhane will use the Brands Hatch event to further familiarise himself with the car with a view to competing in the forthcoming Formula Renault 2.0 UK Finals as well as the full championship season with the team in 2012.

Uhrhane moved to the UK earlier this year, racing in the British Formula Ford Championship. The youngster has claimed two race wins, 11 podiums and five pole positions and currently sits sixth in the standings.

“I am really looking forward to driving this weekend.” Geoff said.

“It was nice to jump into a car with so much grip after driving the Formula Ford all year.”

In other ‘Aussies at Brands Hatch’ news, young Queenslander Ashley Miller will compete in the final round of the one-make Clio Cup. He will driver for the Scuderia Vittoria team.