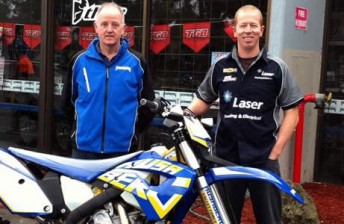 The Husaberg dirt bikes are distributed in Australia by the Automotive Holdings Group, which also imports the motorcycles of long-time Richards ally KTM.

Richards will bring a FE 570 model Husaberg to each of the year’s remaining Carrera Cup events, beginning with this month’s Supercheap Auto Bathurst 1000, as part of the deal.

“The aim is to have quality people and products associated with Steve Richards Motorsport moving forward as our team grows,” said Richards.

“We have come a long way this year and to have companies like Laser Plumbing and Electrical, WesTrac, Boss Private Clients and now Husaberg involved with our team is really exciting.”