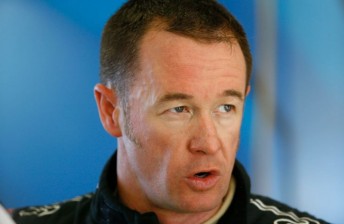 New Zealand’s highest profile V8 Supercars driver, Greg Murphy, is confident that the dumping of Hamilton’s street race will not spell the end of the category’s time in his homeland.

The ITM400 Hamilton will be run for the last time in 2012 following an early termination agreement between V8 Supercars and the Hamilton City Council.

With V8 Supercars now on the look-out for a replacement event location, Murphy has labelled a return to New Zealand as vital to the future of the sport.

“It must be an absolute priority to keep a race in New Zealand and I know that V8 Supercars is thinking the same way as well,” said Murphy.

“There has been a very successful event of the championship in New Zealand for quite some time.

“There are so many people in New Zealand that support the sport in a big way. It’s been so popular among Kiwis for such a long time that it’s clearly an integral part of the future of the sport to keep racing in New Zealand.

“Hamilton might be done and dusted after 2012 but I’m 99.9 percent confident that there will be another event following on from that pretty quickly.”

Murphy has also stated his opinion of where the replacement event should be held – nominating an Auckland street race as the idea solution.

“I think Auckland is the area that has to be looked at,” he said.

“You need population and it’s been proved that the key for street races is that you have to have the people. You need to take the racing to the people.

“We tried to do that in Hamilton but there are a few things that probably got in the way of it. I think it’s just proven that effectively if you want a successful street race you have got to have the people.

“Even though Hamilton is not far from Auckland it just didn’t provide what was necessary to give the event the boost it needed to survive.

“North of the Bombay Hills is where a lot of the people are in New Zealand and it’s my belief that the Auckland area is where we need to look to for a new event.”

Murphy has yet to see the podium on the Hamilton street circuit, but won four of the first five V8 Supercars Championship rounds ever held in New Zealand (2001-2003 and 2005) when the Pukekohe course was used.

The 2011 V8 Supercars Championship continues with the Supercheap Auto Bathurst 1000 on October 6-9.