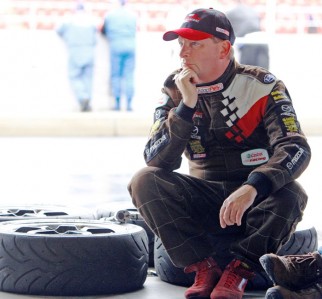 Colin Osborne is perhaps best known in racing circles as the former President and Chairman of CAMS (the Confederation of Australian Motor Sport), the organisation that runs and manages motor sport nationally.

Osborne headed CAMS between 2001 and 2008 and introduced strong business practices, corporate governance and constitutional change to an organisation that was, at that time, arguably being run like a club rather than a professional entity.

Osborne, up until his retirement from CAMS at the end of 2008, had been a part of the motor sport governing body for over 20 years. In addition to this he was a competitor. Starting in club events, Osborne graduated to the national scene where he made a name for himself as a three times Australian Production Car champion.

Osborne was always interested in cars but it was his father that introduced him to Australian Touring Cars.

“I vividly remember the very first time I had any awareness of motor sport, it would have been 1966 or 1967, my father came and woke me up one Sunday morning and said ‘come and watch this’,” Colin Osborne explained to Speedcafe.com

“It was the long weekend in October, I watched what was then called the Gallaher 500 and I was absolutely captivated by it, I was enthralled by it.”

Hooked on the sport, Osborne watched any form of racing that he could find and wanted to get involved but didn’t know how to go about it. Having purchased a Torana as his first car, a chance meeting with some members of the local Holden Sporting Car Club of NSW set him on the road to a long career within motor sport.

“Through the car club I went to events, helped guys out and got involved in the club’s administration,” said Osborne.

“I really, really enjoyed it. Eventually I got to the point where I had saved $35 to enter a hill climb at Silverdale, in Sydney’s far west.

“That was my first event, which would have been in 1979. It sort of went from there.”

It was during his time with the club that Osborne got a feel for racing and started to understand the business and administration behind the sport.

Keen to understand more, Osborne constantly questioned decisions being made by CAMS and it was this that saw him elected to the State Council.

“I had heard of CAMS but didn’t know what it did,” said Osborne.

“I learnt a bit more about it and realised there were many people that questioned the reasons behind certain CAMS decisions.

“I’ve always been a person that said, if you don’t think something is as it should be or could be – I don’t throw rocks – I prefer to get involved and enhance or improve it.

“I guess because I opened my mouth too many times the car club decided that I should be their delegate for the State Council of CAMS.”

Elected to the State Council saw Osborne, as a young 30 year old, attending CAMS council meetings. In quick time Osborne moved up to the National Council, which would pave the way for the Presidency.

In the years that Osborne was involved with CAMS he continued to race. He had shifted from state race events to the national scene, which had been a goal for some time. His first race was in a Production Car at the Winton 300 in 1989, racing against the likes of Peter Fitzgerald and Glenn Seton.

It was soon after this that Osborne got a chance to race Toyotas in the Production Car championship. Osborne created Osborne Motorsport and raced Toyotas exclusively for almost 20 years. 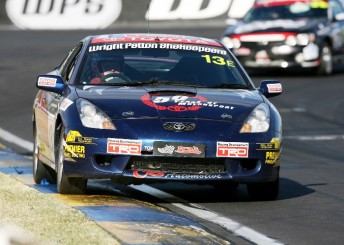 During this time Osborne won the Production car title three times, in 2002, 2005 and 2008, and the team bearing his name became the most successful production car team in the history of the series.

“Without checking the record books, I think I’ve got more production car starts than anyone else in the country,” said Osborne.

“We would be the longest standing and most proficient production car team in Australia; we’ve had two cars entered in almost every round of the Australian Production Car championship since 1992.

“I’m extremely proud of the success we’ve achieved and thankful for the effort of everyone that has contributed to the running of the team over the years.”

On the national council of CAMS, Osborne was elected to the Vice-Presidency position and recognised that changes needed to be made to CAMS and the way in which it was run.

“I was conscious in the late 1990s that CAMs, which was a business that had an expenditure budget of $6 million, was being governed and run by a board like it was a club, as opposed to being run by contemporary governance and management principles,” said Osborne.

“I was increasingly uncomfortable about how the organisation was being managed and governed by the board.

“That doesn’t mean the decisions being made were wrong, but I felt there needed to be significant change in the way the business was being operated.”

Soon after V8 Supercars was formed in the late 1990’s the relationship between CAMS and AVESCO (Australian Vee Eight Supercars Company) started to sour. Both parties were at loggerheads when it came to the running of the sport which led to a legal contest that the CAMS board felt was wrong. The result of this saw the then Chairman removed and the CEO stood down. In 2001, Osborne was elected as President and Chairman.

“Having been elected as President, it gave me a perfect opportunity to lead the board to adopt the practices that I felt did support good corporate governance,” said Osborne.

“There were constitutional changes, like being able to appoint independent directors as opposed to just those elected from the states.

“I recognised that you need an elected component so that the competitors have a voice, but having independent directors ensures the right skills are at the table as opposed to lucking it.

“In 49 years before I started, CAMS had never printed an annual report, it was important to show the public and our members what we had done so we were accountable. It showed we were serious.” After 20 years with Toyota, Osborne now races Mazdas in the Australian Manufacturers Championship

During his time as President, Osborne was able to reform CAMS, turning it into a better run, professional organisation, he helped launch the Australian Institute for Motorsport Safety, he strengthened the relationships between CAMS, the Australian Motorsport Foundation and state governments around Australia, and initiated a policy that saw the spread of international events throughout the country.

“We had a policy of trying to have one international motor sport event in each state, each year,” said Osborne.

“We had Rally Australia in Western Australia, the Grand Prix in Melbourne, New South Wales had Bathurst, Tasmania had the Targa and Queensland the Indy event.

“Those were the events that got attention and government funding, and improved the working relationships between us all.”

While Osborne enjoyed the highs of the job, the toughest role for him personally and for CAMs, was dealing with deaths in the sport.

It was Osborne that had to confront the media when a death occurred and helped investigate the incident that caused the fatality.

“We do an internal investigation and work with the relevant civil authorities with their investigations, and manage the public affairs surrounding an incident.

“I remember every single death; I remember having to announce Brock’s death.

“The upside with CAMS is that it enabled me to do a lot of things, see a lot of places and meet a lot of wonderful people. The downside is the number of very significant obligations and responsibilities that consume lots of time and challenge your emotions.

“Every death was absolutely devastating; in my professional life I see a lot of hard luck stories but you never become immune to a tragedy and a loss.”

At the end of 2008, Osborne decided that it was time to step down as President and Chairman and let some new blood take CAMS to the next stage. During his many years with CAMS, Osborne was involved in the medical industry in Hospital Management, which he still does. He is still racing, now in the Australian Manufacturers Championship, and has recently completed a course that could see him at a race track in the role of a steward.

If there is one disappointment, it is that CAMS has not sought his vast experience in any capacity since relinquishing the role of President

“I’m not involved in any formal way with CAMS, which is disappointing,” said Osborne.

“When I became President I was conscious of the fact that there were many people that had senior positions that were no longer involved in the organisation.

“When I was President I was conscious of senior people that were still committed to motor sport and had an enormous talent and aptitude towards the sport.

“I tried to engage them; they could do things like chair the Australian Motorsport Foundation or Commission, positions like this.

“When I finished with CAMS I was happy to do anything the board needed. Since I stepped away the phone hasn’t rung. I’m disappointed but I’ll get on with life.”