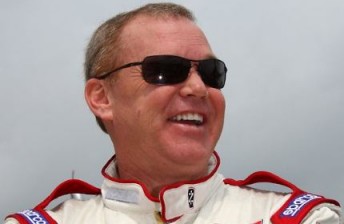 American racing legend Al Unser Jr has been arrested on charges of drunken and reckless driving in New Mexico.

According to Associated Press reports, the two-time Indianapolis 500 winner was drag racing another car at over 100mph when he was caught.

The 49 year old, who had been driving a Chevrolet Suburban, then blew twice the legal blood-alcohol limit of 0.08.

Reports of Unser’s arrest have been acknowledged by IndyCar, for which Unser has been acting as a driving coach.

“IndyCar is aware of the charges and will not be commenting at this time,” read an IndyCar statement.

“Al Unser Jr. has been suspended indefinitely and relieved of his duties in Race Control, pending further investigation.”

The incident comes four years after Unser pleaded no contest to a drink-driving charge in Nevada, in which Unser’s blood-alcohol level was recorded at three-times the legal limit.