Bright to ‘Fizz Up’ NASCAR legend at Bathurst

Bright to ‘Fizz Up’ NASCAR legend at Bathurst 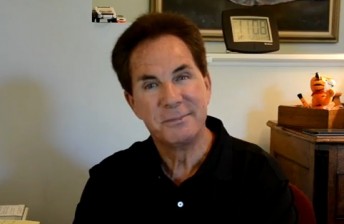 Darrell Waltrip will get alongside Jason Bright at Bathurst

Jason Bright has been given the honour of taking NASCAR legend Darrell Waltrip for a hot lap at Mount Panorama in the lead-up to the Supercheap Auto Bathurst 1000.

‘DW’ will be strapped-in the Team BOC Commodore on the Friday prior to the race for three laps of ‘The Mountain’ at 5.15pm.

Waltrip announced the ride with Bright on his YouTube Channel ‘The DW Show’.

The three-time NASCAR Champion and winner of 84 races, including the 1989 Daytona 500, will be at this year’s ‘Great Race’ as part of SPEED USA’s commentary team.

Known for his colourful commentary including “boogity boogity boogity – let’s go racing boys!” and “I’m fizzed up” – Waltrip is excited, but apprehensive about his upcoming ride at Bathurst.

“I’m a little nervous about that,” said Waltrip.

“I’m not a good passenger, especially when the first turn is called ‘Hell Corner’ – I bet it’s going to scare the hell out of me!

“I’m pretty sure old Jason is not going to mamby pamby around and hand me a box of Kleenex because I’m crying!

“I’m really looking forward to going down and adding a little American flavour to the event.”

Bright can’t wait for the opportunity to have one of the real legends of NASCAR alongside.

“Darrell is one of the biggest names in NASAR history,” said Bright.

“He’s the Murray Walker of NASCAR racing; he’s the voice of NASCAR.

“He says that he’s not a very good passenger; which most racing drivers aren’t. Brad (Jones) wouldn’t even go for a ride with me the other day at Calder! But if there’s a place you’re going to go for a ride, it’s definitely Bathurst and I imagine he’ll be very impressed with the track and the cars.

“The biggest thing about Bathurst is the blind crests and corners there are at high speed. I’m wondering how many boogities he can say in one lap!”

To find out what a hot lap is all about  CLICK HERE to check out Speedcafe.com’s video report on the Team BOC Ride Day at Calder

Check out Darrell Waltrip talking about his trip to Bathurst