Tough Weekend for Aussies at Barcelona

Tough Weekend for Aussies at Barcelona 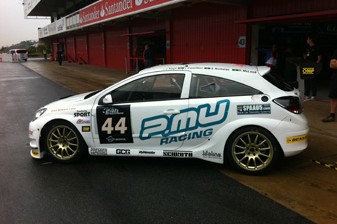 The Australian entry at the Barcelona 24 Hour has endured a difficult weekend at the Circuit de Catalunya.

The Ryan McLeod-owned Racer Industries Holden Astra VXR HSV ran as high as eighth overall at the fifth hour of the race until a broken driveshaft shattered the team’s hopes.

Camilleri, at the wheel at the time of the fire, was unhurt and evacuated the car. The flames were quickly extinguished by the on-track marshalls.

Camelliri says that he was shocked to see the car in flames.

“The lap before I could smell something coming from the engine bay,” he said.

“The next thing I knew there were flames exiting the bonnet and covering the windscreen so I quickly got out of there.”

McLeod says that the cause of the fire remains a mystery.

“We are still unsure as to how the fire eventuated but it is very disappointing for all the crew and drivers who have done such a great job getting us here,” he said.

“The car is ultra competitive and we were just starting to really make our way back into the top 15 again from our earlier setback.

“We will get the car back to England ASAP and get it prepared for next weekend’s Britcar 24 Hour where Im sure we will really be on the money.”

The car and crew are now on their way back to England where the car will be repaired and prepared for its second 24 Hour attempt for the Britcar 24 Hour at Silverstone.