Reindler to leave WA to be closer to team

Reindler to leave WA to be closer to team 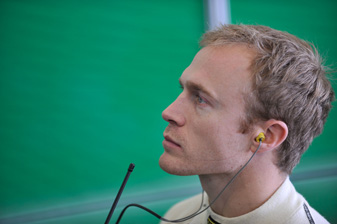 Karl Reindler isn’t sure what V8 Supercars team he will drive for in 2012, but he knows he won’t be living in his home town of Perth, West Australia.

Reindler, 26, currently drives the #21 Fair Dinkum Sheds Commodore VE, and with the 2012 V8 silly season in full swing, Reindler’s name has popped up as a potential at a number of teams.

Those teams in the mix to secure his services include Paul Morris Motorsport and Garry Rogers Motorsport, or stay where he is at Brad Jones Racing.

While the question of his driving whereabouts is yet to be answered, one thing that is for sure is that he is committing to leave his current home in Perth to live closer to his 2012 team.

“To do it properly, I need to be over there and amongst it,” Reindler told Speedcafe.com.

“I need to be in there and in the workshop once a week or even more to really embrace it and take it seriously.

“With BJR, it may seem like a trek to get from Melbourne to Albury, but it is nothing compared that to flying to Sydney from Perth, then flying from Sydney to Albury. It can make it very difficult.

“It’s tough, because Perth has always been my home. My family is here, my friends are here, but it has got to the point where I have to make a decision. V8 Supercars is what I want to do, and to do it properly, I’ve got to compromise and make a sacrifice and move from my home state to do things better.”

Reindler says that despite dialogue with other teams about his services next year, his first option would be to stay at BJR.

“There’s a lot of good seats available, but first of all, given the time I have spent at BJR and everything we’ve been working on and working towards, I’d really like to stay where I am,” he said.

“From an engineering point of view that Brighty and Phil (Keed) have been working on, it’s coming to fruition. Brighty has had a couple of great results with some wins – other times it has been hit and miss. One thing is for sure, when the car is strong, it’s very competitive for all three of us (Bright, Jason Bargwanna and Reindler).”

The 2011 V8 season has been an up and down fight for Reindler. Two standout results at Barbagallo and Queensland Raceway have been plighted by inconsistency and mechanical unreliability.

Now in his second year in the V8 Championship, Reindler hopes that he can secure a seat for next year to deliver on his full potential in his third year.

“When you look at other people in the past, they really shine in their third year in the championship,” he said.

“To do it with the same team, the same group of guys would be great, but nothing is ever certain in this game. You do have to go look for other drives.

“I have been talking to other teams for next year. We’ve at least had a discussion with most of the available seats and I think they’re all very viable at this level. I think it just comes down to where your personality fits in with the team.”

Reindler will team up with David Wall in the Fair Dinkum Sheds Commodore VE at Mount Panorama next weekend for the Supercheap Auto Bathurst 1000.