Jordan vs Waters for Bathurst 1000 spot

Jordan vs Waters for Bathurst 1000 spot 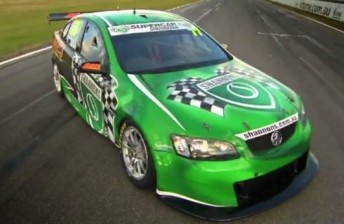 The look of the Shannons Mars Racing Commodore has been revealed – and Andrew Jordan or Cameron Waters are the only drivers remaining in the reality TV competition.

The Kelly Racing-prepared Commodore will be driven by the show’s host Grant Denyer and either British driver Jordan or Formula Ford youngster Waters.

Regardless of who wins, it will be their Bathurst 1000 debuts.

At the end of yesterday’s program, both Waters and Jordan spoke about the chances of making their V8 debuts at Bathurst.

“I’m really excited. I think it will be interesting to see who wins it,” Waters said.

“It’s now down to who is the quickest. I’m pretty excited, but obviously tense and nervous.”

The Supercheap Auto Bathurst 1000 will be held next weekend (October 6-9).