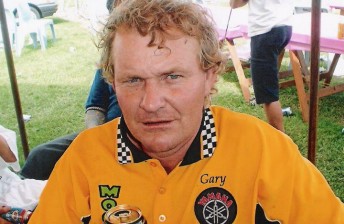 Gary Moon - who passed away following a race crash in Townsville

The close knit North Queensland Sidecar community is in shock following the death of one of it’s most decorated riders – Gary Moon – after a race crash at Townsville Showgrounds.

The 44-year-old was taken to hospital with chest injuries following the multi-trike crash around 9pm on Friday and later succumbed.

It was the first meeting at the Townsville Showgrounds – there is no word at this stage as to what the accident will mean for the venue moving forward. Moon’s death is the first in motorcycle speedway on Australian soil in some years.

After a career that spanned nearly 25 years and included an Australian Championship (1991 – won at Newcastle Motordrome with Paul Norton), the passing of Moon will cut deeply in the North Queensland speedway community.

He was known as much for his gravelly voice as his determination behind the handlebars. Moon was one of the more popular and most respected riders on the National scene and was well known throughout the entire speedway fraternity as a fun-loving and fair racer.

He is survived by wife, Jane, three sons and parents, Bob and Jacki.