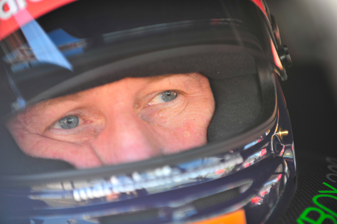 Mark Skaife has made the perfect start to his first V8 Supercars race meeting of 2011 – topping the time sheets in the co-driver only Practice 2 session.

Skaife, who will race in this weekend’s L&H 500 at Phillip Island with TeamVodafone star Craig Lowndes, set a best time of 1:34.39s as the chequered flag fell on the 40 minute session.

John McIntyre was 0.04s adrift in second after a pair of late flyers – signalling a strong recover from Stone Brothers Racing after the SP Tools Falcon failed to complete a flying lap in Practice 1 due to an electrical problem.

West Australian Michael Patrizi enjoyed a strong session in Dean Fiore’s WesTrac Falcon. The Carrera Cup front-runner sat atop the time sheets with 10 minutes remaining, before ending the session ninth having failed to improve during his final run.

Andrew Thompson, driving the second of the TeamVodafone Commodores, was 14th at the conclusion of the 40 minutes – 1.41s adrift of Skaife’s benchmark.

V8 Supercars Practice 3 will kick off at 14:10, with all drivers permitted to take part.