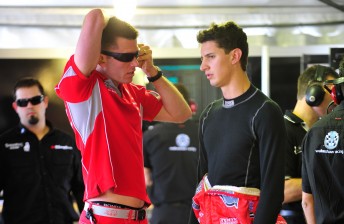 The Toll Holden Racing Team has drawn first blood ahead of Sunday’s L&H 500, with the Garth Tander/Nick Percat entry recording the fastest time in Practice 1.

Practice 2 for the V8 Supercars, which is limited to co-drivers only, kicks off at 12:50 local time.