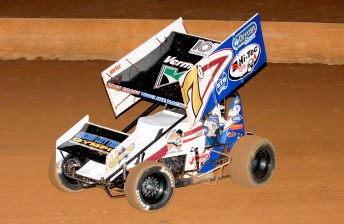 The synergy between the 100% Australian owned and operated company and the national Sprintcar Series is natural – Hi-Tec is celebrating it’s 25th year of operation this year as well.

“WSS provides us with the opportunity to connect with passionate fans throughout the length and breadth of Australia,” said Hi-Tec Oils CEO, George Gambino. “WSS is the pinnacle of Australian Speedway and just like Hi-Tec is a quality and respected brand.”

The Eastcoast Pipelines, Orrcon Steel backed racer – Robbie Farr – is aiming to successfully defend his 2010/2011 Championship victory and receives an additional boost to his campaign with Hi-Tec Oils adorning his Queensland-based racecar.

The announcement comes at a great time for the World Series Sprintcars Championship. The first round fires into life at Brisbane International Speedway on November 26. It will wind its way throughout Australia before finishing at Perth Motorplex in February – including an unprecedented five events in Western Australia.