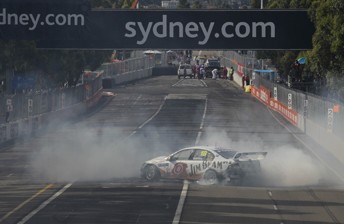 Tony Cochrane has hit out at claims that the V8 Supercars event at Sydney’s Olympic Park precinct should be moved to Eastern Creek.

Greens NSW MP John Kaye put forward a motion to the O’Farrell State Government to negotiate with V8 Supercars to move the race from the Sydney Olympic Park location at Homebush back to its “original location” at Eastern Creek.

In 2008, V8 Supercars signed a five-year deal with the New South Wales state government to hold the Sydney Telstra 500 around the Olympic Park facility. That deal concludes in 2013.

Despite MP Kaye’s claims, the government came out yesterday and reinforced its commitment to honour the race’s current contract.

Cochrane slammed Kaye’s stance, arguing that there is no correlation between the Eastern Creek circuit and Sydney Olympic Park event, while confirming the recently-elected NSW government’s support for the three-day street race.

“We have a legal contract. We will be there until 2013,” Cochrane told Speedcafe.com.

“The new government has met with us in recent times as they get their feet under the desk and get an understanding of what they’ve done.

“They’ve formed the Tourism Commission together with NSW Major Events and created a brand-new body called Destination NSW. They have got a brand-new CEO in charge of it. Her name is Sandra Chipchase. She has met with us to get a better understanding of the whole event.

“Now that they’ve looked at all the interstate numbers it meets and the KPIs it meets, they are pretty impressed.”

Cochrane re-affirmed that the Sydney race has no link to Eastern Creek International Raceway.

“This event has nothing to do with Eastern Creek. We made a whole range of executive decisions a number of years ago not to go to Eastern Creek,” he told Speedcafe.com.

“I know the Greens say ‘We’ll move them back to Eastern Creek’ but last time I looked, we’re still living in a free country. As communist as they are, you are still allowed to do things, provided they are legal within the confines of the country. I did not know that we could be rounded up, put on cattle trains and herded to Eastern Creek to perform there.”

“Local Homebush residents and their councils have made it abundantly clear that, having experienced the race twice, the noise, pollution and disruption are intolerable,” he said.

“No Upper House MP, including all 19 Coalition members, opposed the Greens motion.

“This is a real opportunity to fix the financial and economic mess that Labor and former Minister Ian MacDonald created when they shoehorned the event into Homebush.

“Racing enthusiasts will attend the event wherever it is. The obvious solution is to return the V8 Supercars to their original venue where it does far less damage.”

This year’s Sydney Telstra 500 will be held on December 2-4.