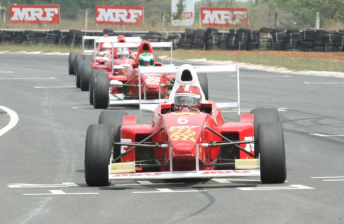 Nick Percat will compete in the final two rounds of India’s Formula MRF series next month, driving for Walkinshaw Racing.

The Toll Holden Racing Team endurance driver will become one of the first Australian drivers to race at the new Buddh International Circuit which will make its debut on the Formula One Grand Prix calendar on (October 28-30)..

It will be Percat’s first competitive race in an open wheeler since he wrapped up the 2009 Australian Formula Ford Championship.

The race might also give Percat a huge head start on the V8 Supercars pack. V8s have been in discussions to compete in India in the future, and if Percat becomes a full-time driver in the Championship, he’ll have an early advantage on his rivals.

“It’s a fantastic opportunity to be among the first to race at India’s new circuit,” said Percat. 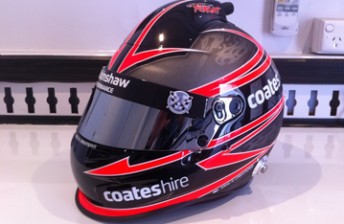 “The Formula MRF cars have the same horsepower as the Formula Fords I’m used to racing, but the front and rear wings and larger slick tyres will give the cars more aero and mechanical grip.

“The track appears to have a lot of medium speed corners and a high speed back straight, so there should be plenty of slipstreaming opportunities. I’m really looking forward to it.”

Walkinshaw International will field two cars in the championship finale of the Formula MRF series at Buddh International Circuit.

“Over recent years India’s interest and participation in motorsport has grown enormously, culminating in the country’s first ever Formula One event later this year,” said Walkinshaw Racing Director Ryan Walkinshaw.

“Entering two cars in India’s one-make Formula MRF series is a great step for us to take in this rapidly growing motorsport market.

“Nick is certainly well credentialed in open wheeler racing and I’m confident he’ll be very competitive for us in India.”

Percat will fly to Chennai for a two day test after the L&H 500 Phillip Island endurance race, where he is co-driving with Garth Tander in the #2 Toll HRT Commodore.

The 22 year-old will then make his Bathurst 1000 debut alongside Tander before jetting back to India for the two Formula MRF races at the Airtel Grand Prix of India from October 28-30.

In other Percat news, the youngster will debut a brand-new helmet for the twin endurance races at Phillip Island and Bathurst.

Walkinshaw Racing sponsor Coates Hire has commissioned a helmet design that Percat will carry for the two events. He will then donate the helmet to Coates Hire for its own use.

“We’ve put together the deal for Coates for the two races,” Percat told Speedcafe.com.

“At the end of Bathurst, I take my wiring out of the helmet and give it to them. I’m not quite sure what they are going to do with it, but they like having a bit of bling, and this is a cool way to do some promotion.

“I reckon it has come up pretty cool. Being in the HRT car, Coates thought that it was an appropriate thing to do.”

Coates Hire is the major sponsor of Percat’s Fujitsu V8 Series Commodore. He currently sits sixth in the series.