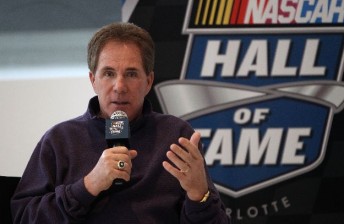 NASCAR legend Darrell Waltrip will head to Australia next month to commentate the Supercheap Auto Bathurst 1000 for SPEED TV.

‘DW’ and Joy are household names in the US and were the star commentators in the original ‘Cars’ animated feature film.

The news follows last Thursday’s announcement that the Fox Network-owned station will broadcast both events live into the United States for the first time (CLICK HERE for previous story).

The visit by the US commentary team is not new for Bathurst with legendary broadcaster Chris Economaki working the pits for Seven in 1979 and ’80. The biggest NASCAR name to grace Mount Panorama was 1982 Grand Marshall Bill France Jr. the son of NASCAR founder Bill France Sr and the long time boss of the sport.

“I’ve watched some of their races on SPEED and it’s some of the best racing I have ever seen,” said Waltrip.

“It is some of the most aggressive road course racing I have ever watched … these guys don’t mess around.

“They race the entire race like the last 10 laps of a Cup race and I just watch with my jaw hanging open.”

The Supercheap Auto Bathurst 1000 will take place across the October 6-9 weekend.

The 2011 V8 Supercars Championship continues next weekend with the L&H 500 at Phillip Island.

Only question is – will V8 Supercars use ‘DW’ to start Bathurst this year?

Check out how he started the race at Bristol earlier this year!