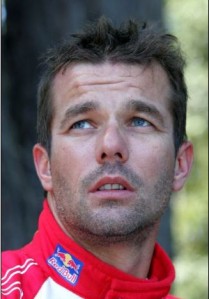 The Citroen Racing driver rolled his DS3 multiple times after sliding into a bank on the first stage this morning.

Loeb said he had been distracted by reading a split time from his dash – a task normally completed by co-driver Daniel Elena.

Reflecting on the incident, Loeb also noted the difficulty of driving in slippery conditions on the category-mandated hard compound gravel tyre.

“The conditions were really difficult,” said the Frenchman.

“It’s what I said since the start of that rally – driving with the hard tyres in these conditions is very difficult, sometimes you lose control of the car and you cannot keep it.

“But for me it was more a problem of concentration. I saw a split time on the dash. I look at it, and when I saw the corner it was a bit too late.

“It was just that I saw the split time, I told to Daniel ok I saw it, and that was just a loss of concentration. 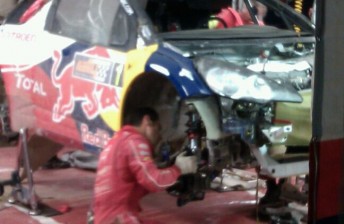 Loeb, who entered this weekend’s rally with a 25 point advantage over team-mate Sebastien Ogier in the championship standings, denied he had been pushing too hard in the slippery conditions.

“I was not taking risks and I had done a very clean stage before that,” said Loeb.

“I was looking at something when I saw the corner too late.”

Loeb hopes to rejoin the event under the SupeRally rules tomorrow morning.

See below for spectacular onboard footage of the crash