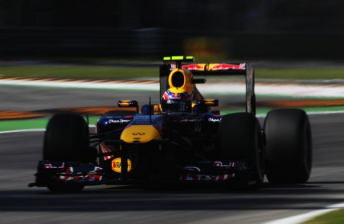 The new five-year deal will mean that come 2017, the pair will have been in partnership for 11 years, having first teamed up in 2007.

Renault will also power three other teams next year, including the Renault team, Williams and Lotus.

The deal will see an even stronger collaboration between Red Bull Racing and Renault, and RBR team principal Christian Horner said that he is trilled with the new terms of the agreement.

“We’re obviously thrilled to announce this significantly enhanced agreement with the Renault-Nissan Alliance, who we have enjoyed a close working relationship with since 2007,” he said.

“Renault Sport F1 has always been very straight-forward to work with, which has been a contributing factor to the on-going success of the Red Bull Racing Renault partnership.”

With new engine rules in Formula One due in 2014, Managing Director of Renault Sport F1 Jean-Francois Caubet said that RBR is the idea partner.

“The V6 power units due to be introduced from 2014 represent a huge undertaking,” he said.

“To have the input, resources and vast inhouse F1 car expertise of Red Bull Technology will help the team at Renault Sport F1 in Viry-Châtillon specify, design and develop a competitive unit from the start of the new regulations and optimize its structural integration into the chassis.

“Having this particular support will of course be to the advantage of our other team partners, who will indirectly benefit from the joint expertise of the Red Bull Racing and Renault Sport F1.”