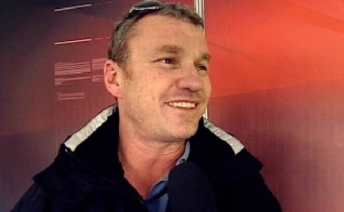 Motorcycle champion Kevin Magee will compete in the fifth round of the FW1 Aussie Racing Cars Super Series at Phillip Island next weekend.

Magee, the winner of one 500cc motorcycle Grand Prix (1988 in Spain riding for Roberts Yamaha), will drive on the famous circuit where he won two Superbike World Championship races back-to-back in 1991 and 1992.

It will be Magee’s debut in the popular pint-sized racing class.

Magee will race a car sponsored by SPEED channel (Foxtel and Austar) – the channel he co-hosts the World Superbike Championship Series. SPEED is the most recent organisation to become involved with the series.

Round 5 of the series will be crucial for title contenders Adrian Cottrell and Tyler Owen. the pair is currently locked on equal points at the top of the table.

Aussie Racing Cars Category Manager Brad Ward says that this will be a make or break round.

“Round 5 will be crucial event for the frontrunners, with young guns Adrian Cottrell and Tyler Owen tied in first place with equal points and Peter Carr only one point behind in third place,” Ward says.

“The competition has never been this close, so we’ll see some pretty impressive driving from the leading cars as they fight for critical championship points.”