Driver and team changes for Sandown

Driver and team changes for Sandown 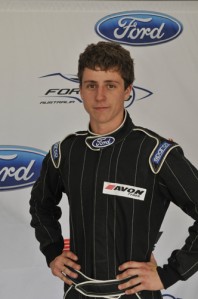 The Australian Formula Ford Championship will return this weekend for Round 5 at Sandown International Motor Raceway – supporting the Shannons Nationals.

During the break between the last round at Queensland Raceway, there has been a number of team and driver changes, headlined by Rookie of the Year leader Jessse Fenech. The young Victorian experienced a funding shortfall with Borland Racing Developments, but has secured a new deal that will see him race for Evans Motorsport. The team change also means a change of manufacturer with Fenech now aboard a Mygale.

“Luckily we were able to use a state series round for me to get used to the car and working with the engineers – and things have clicked straightaway,” Fenech said.

“I’m still getting used to the car as it is quite different to what I am used to, and I’m really happy with the progress we’re making.

“It’s disappointing to not be able to continue with BRD, but I’m focused on trying to secure the Rookie of the Year award, so hopefully I can finish the season off strongly.”

One brand-new driver will be Adelaide youngster Simon Hodge who will make his Australian Formula Ford Championship debut.

The 17-year-old is in his first year of car racing and will join Team BRM for his first taste of national-level competition after impressing with victory in a Victorian state championship round at Sandown.

Hodge is aiming to enter the Australian Formula Ford Championship full-time in 2012.
Another new entrant include Fujitsu Cool driver Rhett Noonan, who will drive for Tandersport.

Seven Victorians will compete in the event, including championship leader Waters, while Elliot Barbour will return to the championship following a one-off run in a V8 Chrysler Charger at the Muscle Car Masters at Eastern Creek. In total 17 drivers will make up the grid.

The Australian Formula Ford Championship will take to the track for the first time on Friday morning ahead of races on Saturday and Sunday.