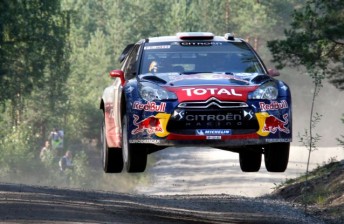 The flying WRC machines have arrived Down Under

Speedcafe.com’s guide to this weekend’s Rally Australia is now available.

The 46-page magazine features all you need to know ahead of this weekend’s rally, from profiles on each WRC driver to a full itinerary of stage times and locations.

Also included are overviews of the WRC and its cars, an opinion column from four-time Australian Rally Champion Neal Bates on the rally’s new location, and a look at the WRC’s new tyre regulations for 2011.

Stay tuned to Speedcafe.com for reports from the rally this weekend.