JR: I didn’t want to let the team down

JR: I didn’t want to let the team down 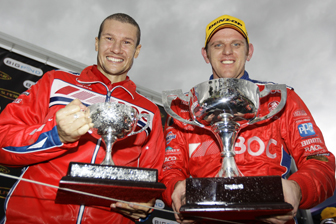 Jason Richards says that his team-mates were at the forefront of his mind when he decided to pull out of this year’s V8 Supercars endurance races.

Richards announced this morning that he will not compete with Jason Bright in the #8 Team BOC Commodore VE. CLICK HERE for Speedcafe.com’s breaking story.

While he continues his fight against a rare and aggressive form of cancer, Richards says that he didn’t want to let the Brad Jones Racing team down.

“The enduros are very important, but the reality is that I don’t want to put my body through the pressure of doing those long distance racers and potentially letting the team down if I’m physically unable,” Richards said.

“If I can’t run at the level I want to run at, I don’t want to make up the numbers.”

For more, see below for video with Richards and Jason Bright.